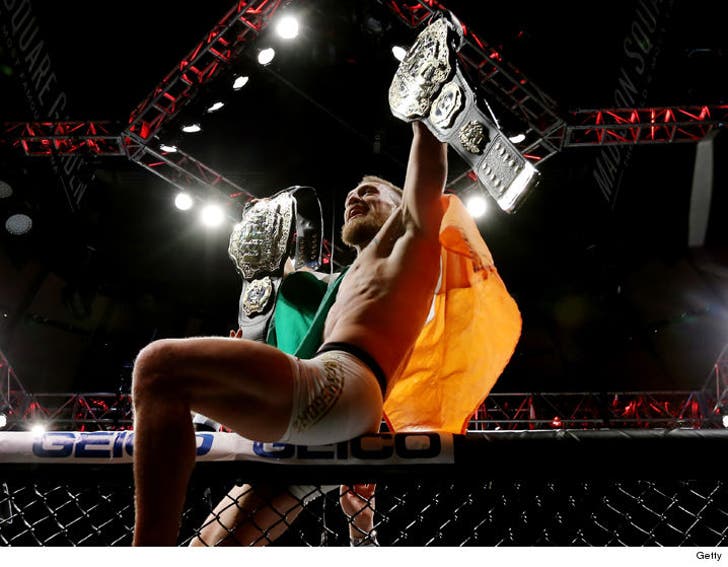 Get ready for a NOTORIOUS BABY!!!

Conor McGregor has announced his girlfriend Dee Devlin is with child ... and it might be the first thing the UFC star is actually scared of.

The UFC superstar confirmed the rumors after beating up Eddie Alvarez at UFC 205 in NY on Saturday -- saying his GF Dee Devlin is due in May.

"I'm running from it to be honest," McGregor joked ... "I am crapping me jocks with the whole thing. I don't know what to be doing with myself."

Conor says he doesn't know if it's a boy or a girl ... but one thing's for sure -- that kid's gonna RULE IRELAND.