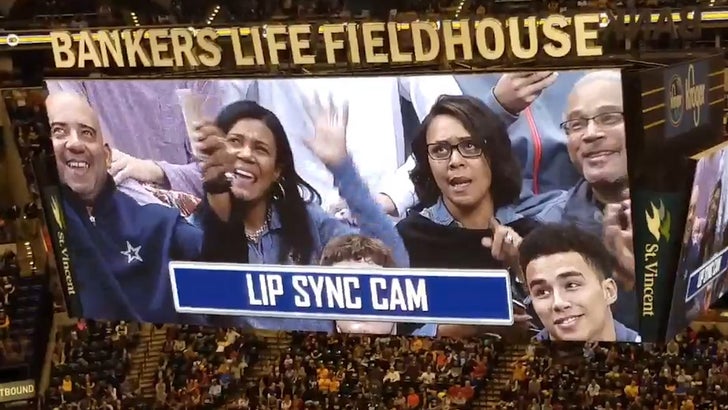 The Indiana Pacers got their crowd to feel some hilarious "Emotions" by making fun of Mariah Carey's disastrous NYE performance.

Lucky fans at Bankers Life Fieldhouse were given a chance to show off their best Mariah impressions ... and many of them nailed it.

Mariah's fail is so far the gift that keeps on giving in 2017.