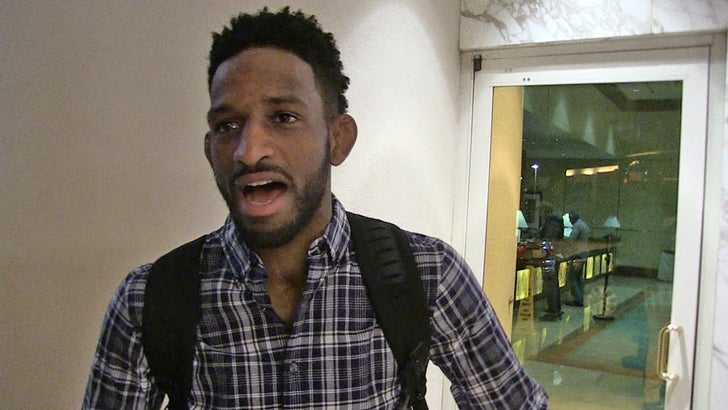 Not everyone believes Ronda Rousey's fighting career is over -- in fact, UFC bad ass Neil Magny thinks she still has a real shot for a comeback ... if she comes and trains with his team in Colorado.

Magny fought before Ronda on the UFC 207 card -- beating Johny Hendricks -- and looked pretty solid. He's been training with the Elevation Fight Team out of Denver.

When we asked about Ronda, Magny stopped short of trashing her coach Edmond Tarverdyan -- but said the results of the fight speaks for itself ... and she might wanna think about switching up her team.

"Don't be the definition of insanity. If you're doing the same thing over and over and trying to expect a different result, then you're doing something wrong."

"Just switch it up for a bit. See what happens."