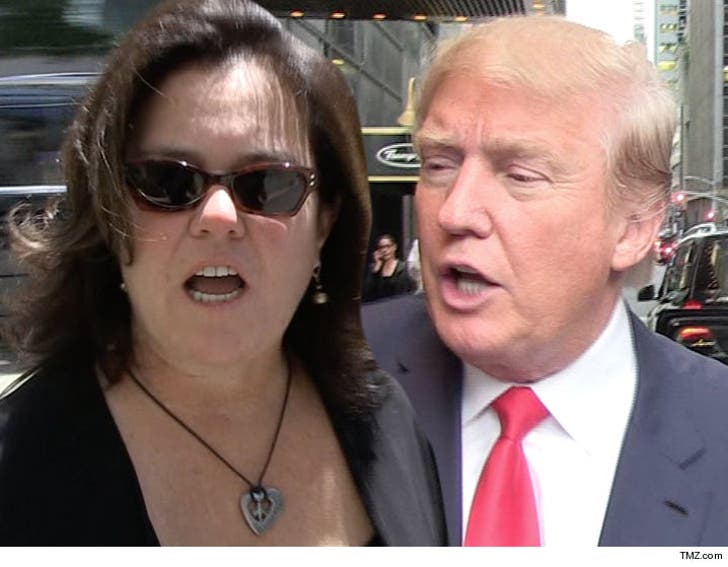 Rosie O'Donnell just called Donald Trump "mentally unstable," which is not shocking given their history, but she followed up with a remark/threat that is alarming.

Rosie tweeted, "LESS THAN 3 WEEKS TO STOP HIM AMERICA." She doesn't explain what she means, but you'll recall the heat Trump took during the campaign when he told a gun group, "If she gets to pick her judges nothing you can do folks, although the Second Amendment people, maybe there is" ... lots of people viewed that as a veiled call to action. Rosie just did the same thing. 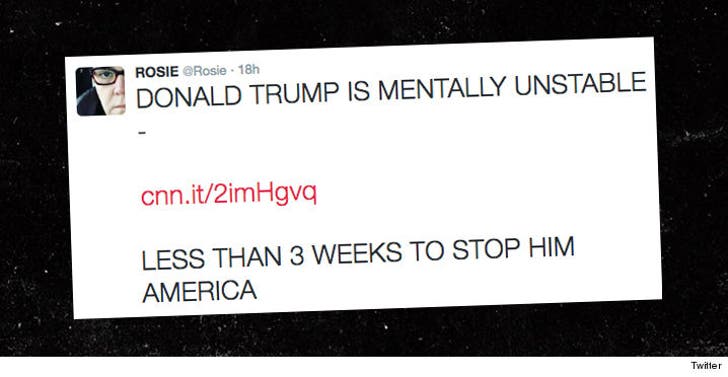