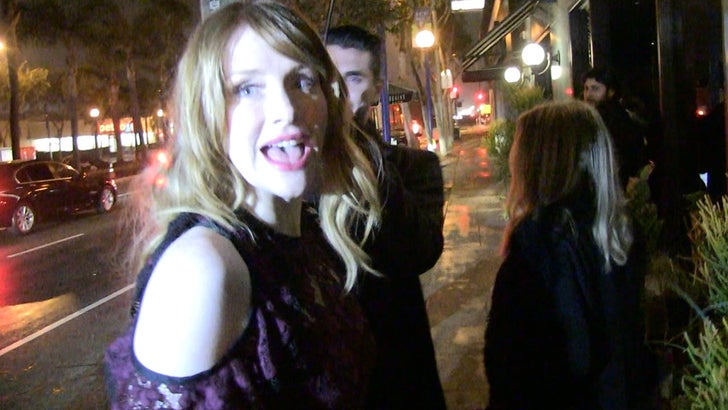 Bryce Dallas Howard is making sure one thing is extinct when it comes to the "Jurassic World" sequel.

We got Bryce walking into the Doheny Room Wednesday night in WeHo where she told us she'll actually be the one calling the shots on her shoe choice in the next flick.

Bryce incredibly ran around the jungle in a pair of stilettos in the last flick ... and took a lot of crap for it.

Heels will be going the way of the dinosaur.