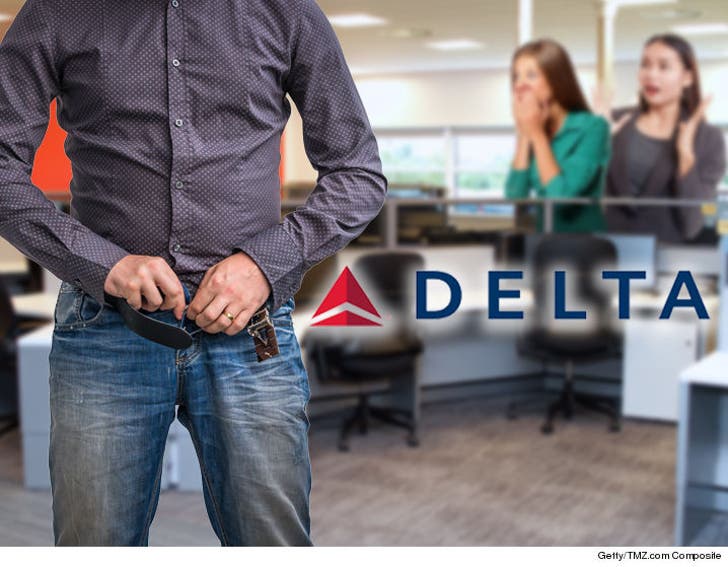 1:06 PM PST-- A rep for Delta says, "Our investigation into this allegation resulted in the termination of two employees. The complainants were legitimately terminated for reasons completely unrelated to any allegations of misconduct by others."

Kayla Jenkins and Lauren Heffernan filed the lawsuit alleging Delta higher-ups went to great lengths to give them the runaround and fired them after reporting their "mentor" masturbated in the office.

According to the docs ... Kayla says back in February 2016, she was sitting at her desk and was horrified to see her mentor, Mike -- a Delta employee for approximately 25 years -- had whipped out his penis and self-pleasured.

Kayla says she told Lauren about it and Lauren said Mike had done the same thing in her view.

The women claim they were fired as retaliation for reporting Mike.

They're suing for more than $5 million.

We reached out to Delta who says, "Delta takes allegations of inappropriate conduct very seriously. We promptly investigate and take appropriate action when issues of this nature are brought to our attention."