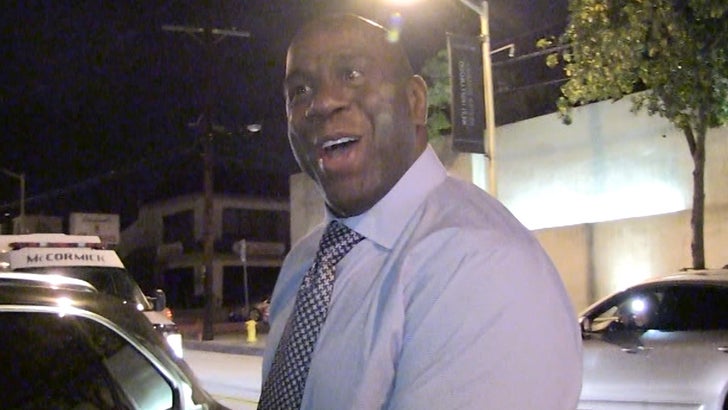 He's one of the most well-liked and respected people in sports and business ... but Magic Johnson says there's no way he'll ever run for President.

The NBA legend was leaving Craig's in West Hollywood when we talked about the future of the Presidency -- including if he thinks we'll have another African-American POTUS.

We also asked Johnson -- a huge Hillary Clinton supporter -- if he thinks Trump will do a good job ... since he knows the guy.

Check out his answer ... he really should consider politics.