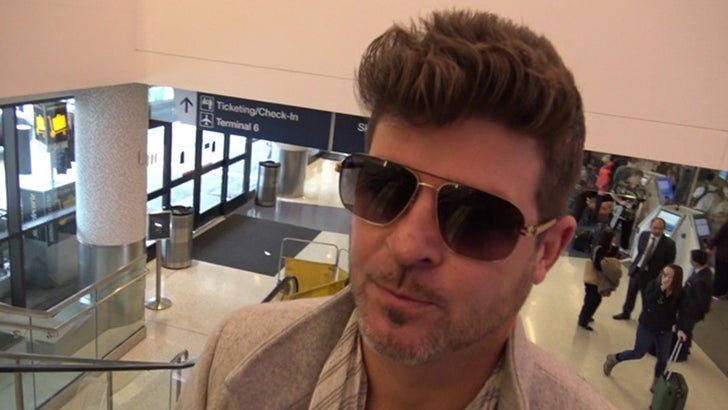 Robin Thicke isn't trying to fake the pain of his all-out custody war with Paula Patton.

Robin -- who has a show scheduled tonight in San Antonio -- was leaving LAX Saturday morning and his face told a story as powerful as his voice. The war over 6-year-old son Julian is taking its toll.

Robin does share ... there's a form of therapy that helps.

TMZ broke the story ... Paula was supposed to hand off Julian to a court-appointed monitor Thursday but things went south.