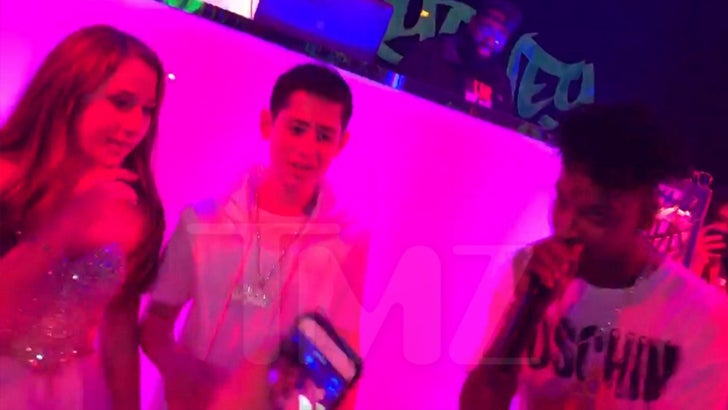 21 Savage dropped bars on 13-year-old twins for one of the most ballingest bar/bat mitzvah surprises ever.

The ATL rapper was the surprise performer at Jake and Sydney Steinger's b'nah mitzvah -- a co-ed affair -- Saturday night at the famous Breakers Hotel in Palm Beach.

Savage normally drops lines like, "Cause these n****s p**** and I'm hard, I turn that f****** soft into some hard" -- but he was nice enough to make a few kid-friendly edits. He even let Jake rock his "Savage" chain onstage.

If this seems extravagant, that's only because ... it is! We're told Janet and Michael Steinger -- an attorney -- dropped about a mil on the party. Much of that had to end up in pockets of 21 Savage, who btw ... was flown in on a private jet.

Jake and Sydney might be thrilled, but y'know their friends' parents are PISSED! Good luck topping this.

21 savage Party All The Time Music