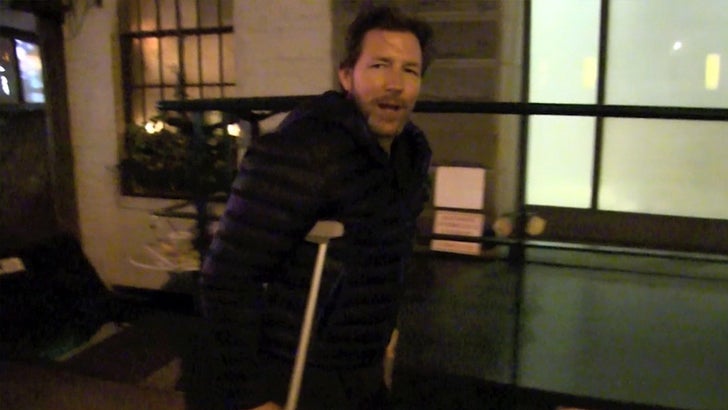 Ed Burns says he's finally realizing 49 is just too damn old to "throw it down" on the basketball court ... and he's got the crutches to prove it.

The "Saving Private Ryan" star was gimping out of Yves restaurant in Tribeca with his supermodel wife, Christy Turlington, when he explained how he busted his leg in his rec league. 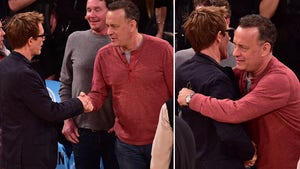