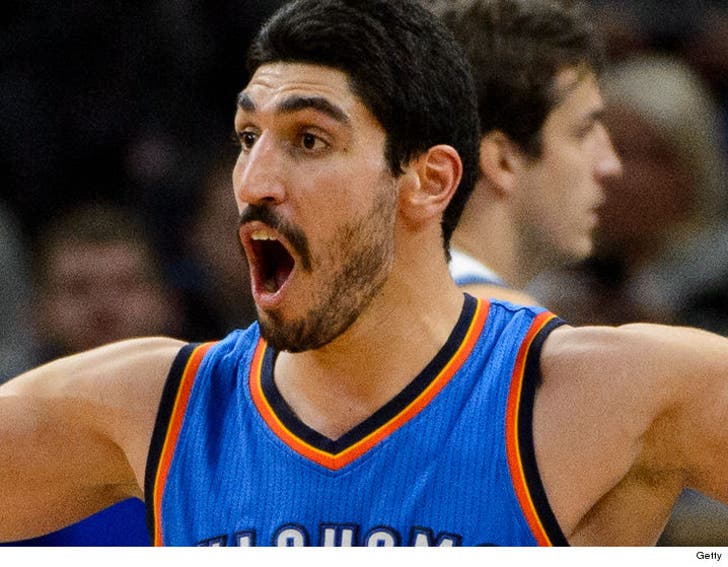 Oklahoma City Thunder center Enes Kanter is being held up in Romania ... and he thinks the Turkish government is behind it all.

Kanter's been posting about his experience all morning ... claiming Turkey's President Erdogan canceled his passport and the reason is "just of course my political views."

Enes is from Turkey but has been an outspoken critic of Erdogan. He called him a very bad man and a dictator, implied he ordered the recent attack of peaceful protesters in D.C. and even referred to him as "the Hitler of our century."

I'm being held at Romanian airport by Police!! pic.twitter.com/uYZMBqKx54— Enes Kanter (@Enes_Kanter) May 20, 2017

The good news -- Kanter seems to be getting along just fine with the Romanian officers keeping an eye on him. 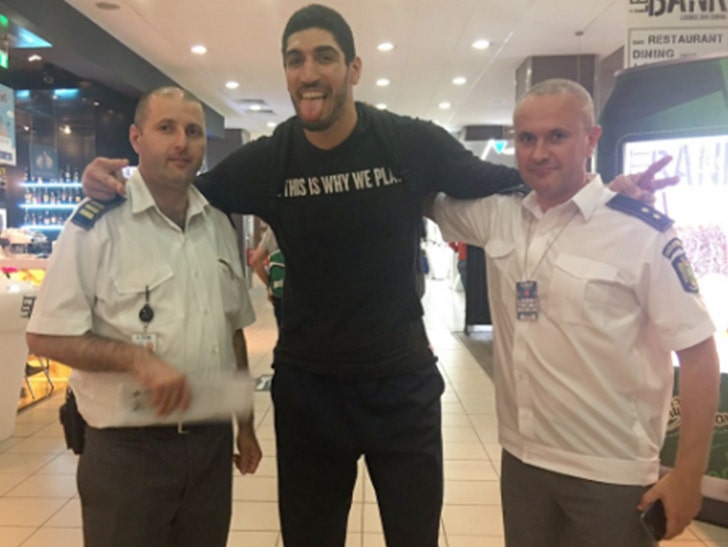