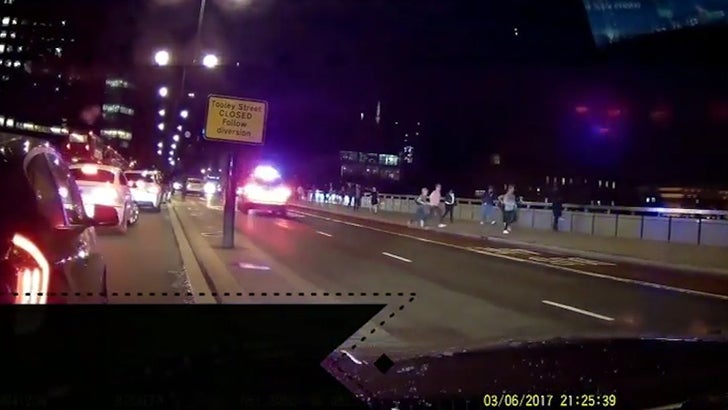 8:30 AM PT -- Police in London have arrested 12 people so far in connection to the terror attack Saturday. But officials have said they believe there are no other direct attackers at large. A police officer also shot and wounded a member of the general public while trying to stop the 3 terrorists.

Dashcam video of the London Bridge provides a glimpse into the terror when 3 men mowed down scores of people on the famous landmark.

People on the bridge scrambled for safety as London police told them to run as fast as they could.

7 people were killed and at least 48 other people were injured when the 3 men drove the van onto the bridge and then ran to the nearby Borough Market and stabbed a number of people. Police shot and killed the suspects.

Patrons at a nearby pub were told by cops to get down after the initial attacks. That inevitably led to more scrambling and panic as they heeded police orders. 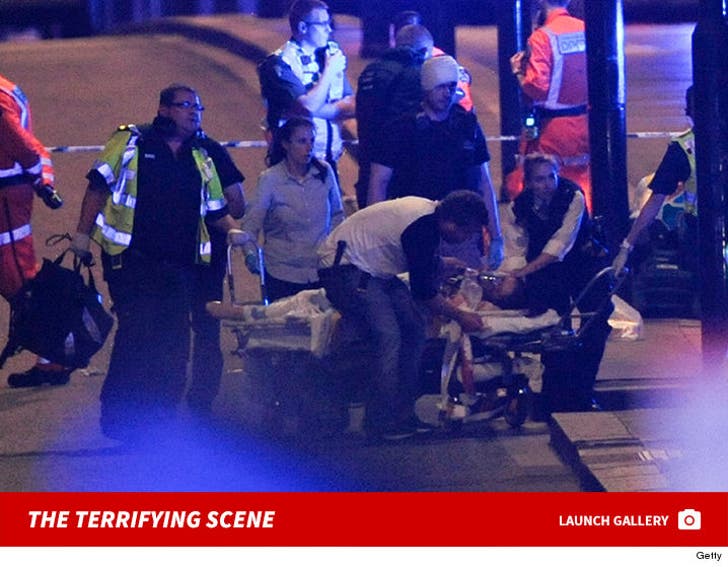 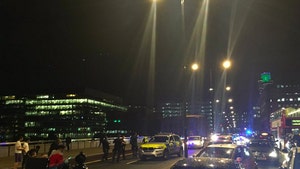