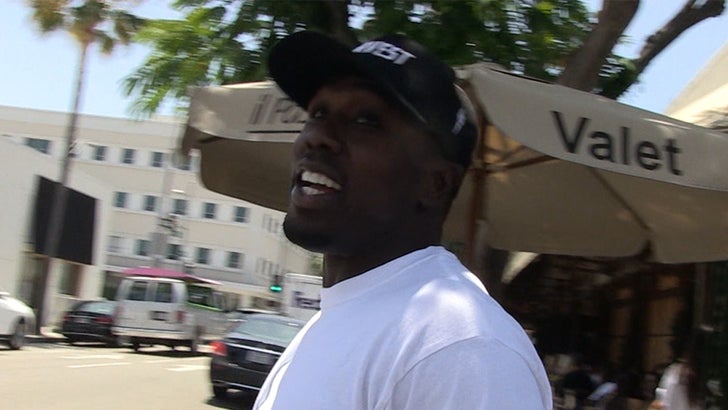 Floyd Mayweather HAS to dominate Conor McGregor or he'll be the laughingstock of professional boxing, so says Andre Berto, who told TMZ Sports ALL the pressure is on Mayweather.

We got Berto out in Beverly Hills and asked him if Conor had any shot in the superfight and while Berto wouldn't count McGregor (his friend) out, he told our guy Floyd has a lot on the line, like his legacy.

"Floyd has to embarrass this man to get any type of credit from me."

Berto went on to say the whole thing is a major victory for Conor win or lose, because if he manages to pull out a victory his whole life is set.

"If Conor clips him he's the king of the world."