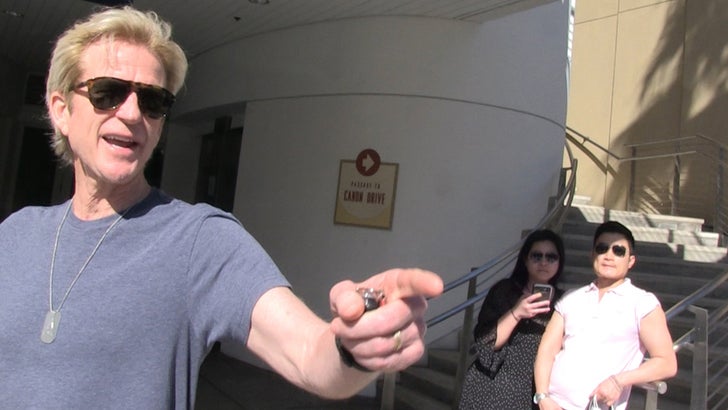 Matthew Modine says Nate Diaz personally told him that his 1985 wrestling flick "Vision Quest" inspired him to become a pro fighter ... how cool is that!?

Modine -- who starred as high school wrestler Loudon Swain in the movie -- ran into Diaz in L.A. last week and said the meeting was a "throwback because [Nate] was inspired by 'Vision Quest.'"

"He trained really hard as a young fighter and like so many young wrestlers they were inspired by that film."

WHO WANTS TO GRAB A LOG AND RUN SOME STADIUM STAIRS?!?!

Sidenote: Do people really actually do that?

Anyway, Modine says Diaz has big things ahead ... including a massive payday.