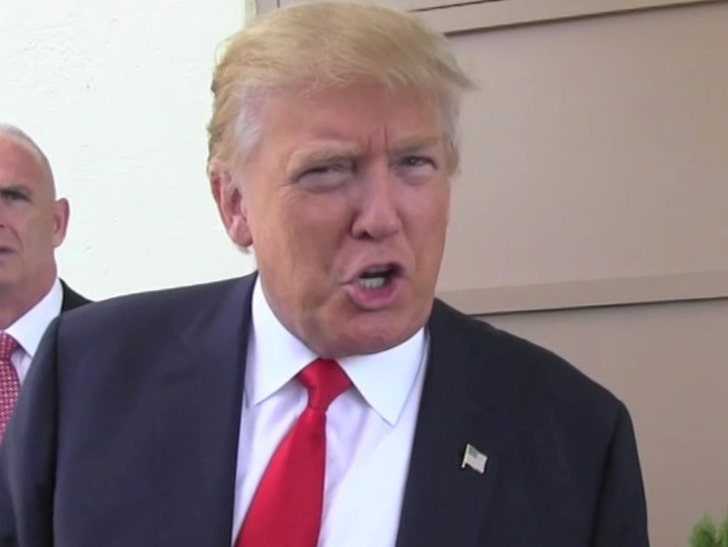 Donald Trump's obsession with cable news knows no bounds ... he went on a Twitter rampage Saturday claiming Greta Van Susteren got fired because "she refused to go along w/ 'Trump hate!'"

MSNBC parted ways with Greta 2 days ago -- the network says it was mutual but insiders say Greta wasn't resonating with the audience.

The cable network, which intensely dislikes the Prez and makes no bones about it, got in Trump's cross hairs. Trump called out NBC honchos as "out of control bosses."

He also went after his go-to ... CNN, saying, "I am extremely pleased to see that @CNN has finally been exposed as #FakeNews and garbage journalism."

And he took more shots at Joe and Mika ... calling him "crazy" and her "dumb as a rock."

It's absolutely amazing ... on a good day CNN and MSNBC score a couple million viewers ... but Trump has put them in the center of his universe. 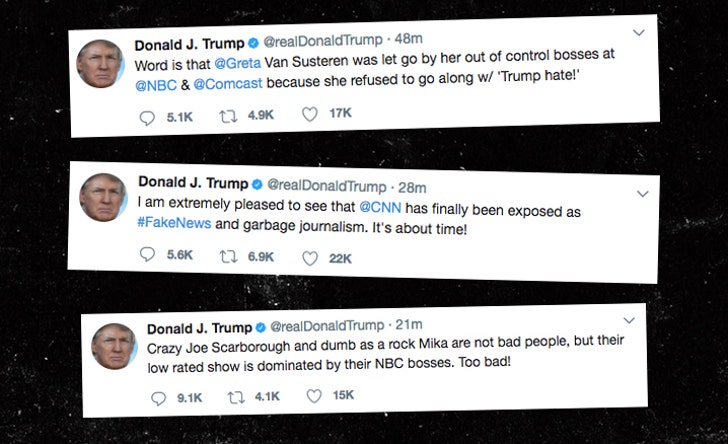 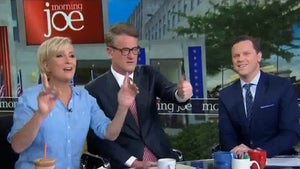 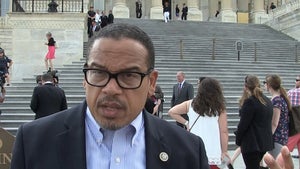