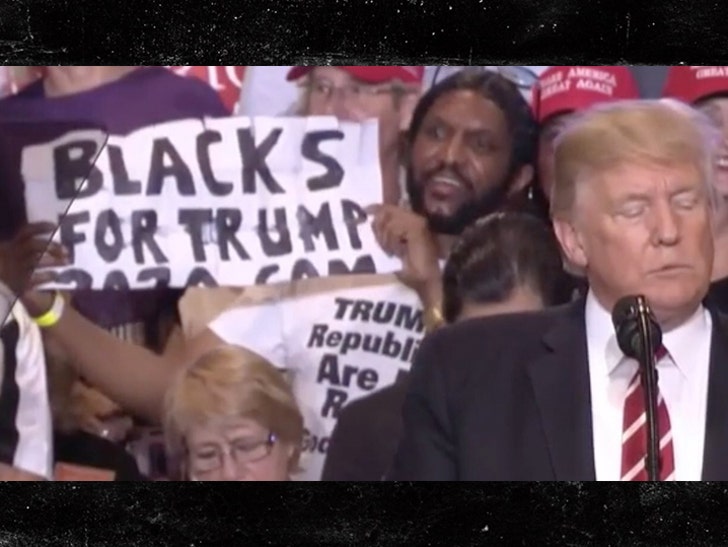 It was an absolutely bizarre scene ... the guy Donald Trump's people strategically placed behind the President at Tuesday's Arizona rally with a sign that read "Blacks for Trump 2020" is the president of the group, and he believes "ISIS & HILLARY RACE WAR PLOT TO KILL ALL BLACK & WHITE WOMEN OF AMERICA."

The guy's name is Maurice Symonette and he was having a good 'ol time Tuesday night at the rally. His website is one gigantic rant, with such statements as, "Make Cherokees & the Indians Pay Taxes."

The guy is on a mission against the Cherokees ... "The real KKK slave masters revealed ... they are Cherokee Indians."