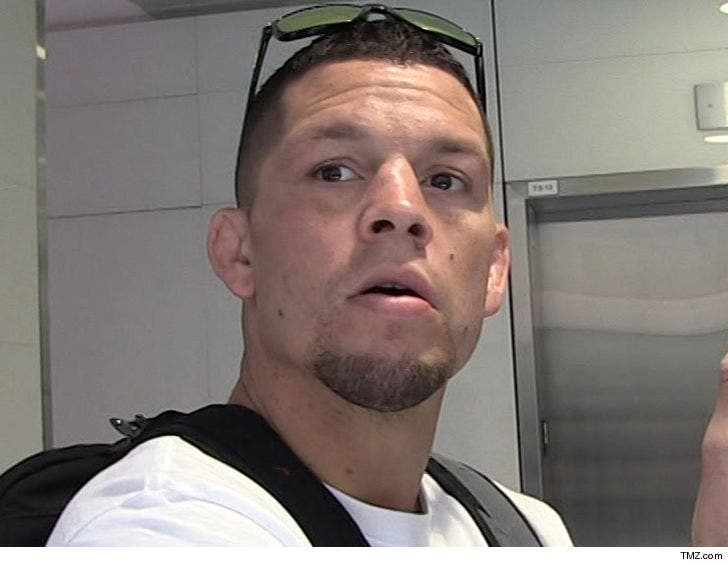 It might be the biggest endorsement he can get -- Nate Diaz says he believes Conor McGregor has a "great chance" of upsetting Floyd Mayweather ... saying he knows from experience.

Nate opened up about McGregor on the "Against All Odds with Cousin Sal" podcast -- laying out the case for Conor.

"I’ve fought the top pros in the fight game, the best fighters in the world, and done better than a lot of them," Diaz said ... "I fought Conor for 25 minutes. I believe he’s definitely going to have a chance."

"Fighting and beating the best boxer pound for pound in the world right now? That’s another story but a fight’s a fight and we’re going to have to watch and see what happens."

Diaz says all the pro fighters -- like Oscar De La Hoya -- who are ruling Conor out should know better.

"The boxers, every f*cking pro boxer is saying something and all this criticism, and I think it’s a better option is to keep your opinion out of it."

"What happens when Conor wins? Let’s say he wins, and all this sh*t these boxers talk -- oh you thought you knew but you don’t know sh*t because you say stuff like he doesn’t stand a chance. They should know, being fighters, in a fight, everyone stands a chance, and if they’re saying that there’s no chance, that’s a problem."

Bottom line -- "Hopefully it will be a hell of a fight."