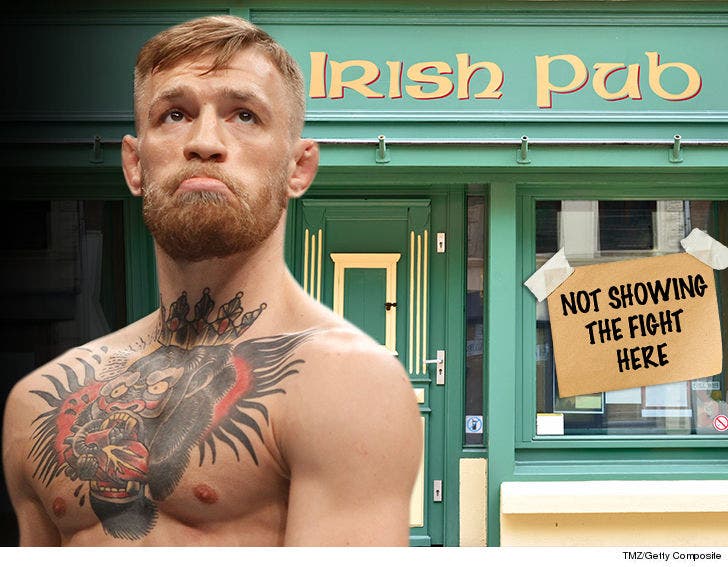 The luck of the Irish has run out in Vegas ... at least for those trying to find an Irish pub to cheer on their champion.

There's a strong Irish contingent in Vegas this weekend for the Floyd Mayweather vs. Conor McGregor fight, and for those who don't have the Euros to enter the T-Mobile Arena ... choices are limited.

Problem is ... free-standing Irish pubs don't have the dough to pay for the fight -- $10k -- so the only pubs that will do the trick are Ri Ra in Mandalay and Nine Fine Irishmen in New York, New York.

Tickets go for $165 -- and that doesn't include a drop of whisky! Sad to say, both pubs have been sold out for weeks.

There are thousands of Irish men and women in Vegas to cheer on Conor. Just look at this video from T-Mobile shot Friday.