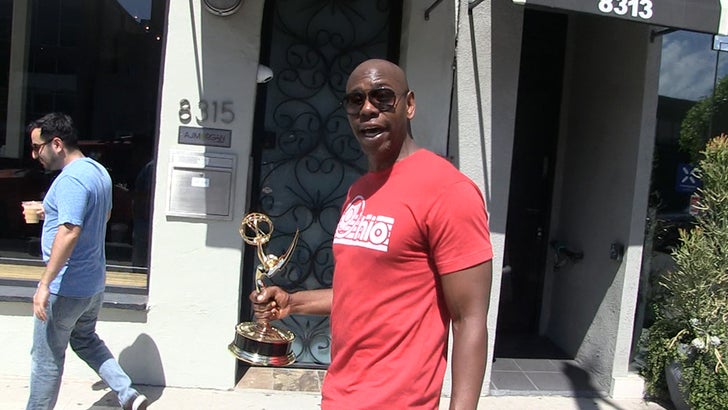 Dave Chappelle's waited a long time for his first Emmy, so you better believe he's showing it off ... EVERYwhere!

We got the comedian walking around WeHo Tuesday brandishing his trophy, and he had a very logical reason for waving it around in public.

Dave's clearly proud of winning the Best Guest Actor in a Comedy Series for his post-election monologue on 'SNL' -- but also admits the whole awards thing's kinda silly. Remember, he had a HUGE show of his own back in the day, and never won.

Still, Chappelle's grateful, and tells us how he's gonna keep the Emmy close. Maybe too close.

Dave Chappelle Honored by New York Governor for Being Inspirational