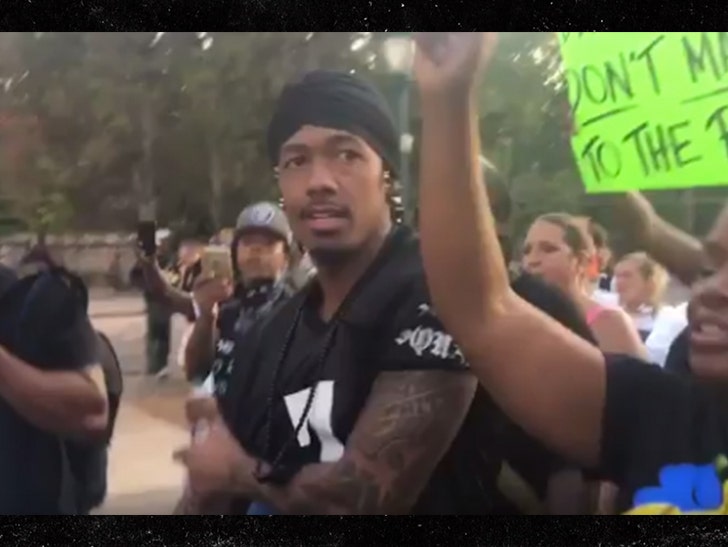 Nick Cannon is on the front lines of protests in St. Louis ... and he's doing it in a Colin Kaepernick jersey.

Nick was spotted taking to the streets Saturday with hundreds of others to protest the acquittal a white police officer who was charged with first degree murder of a black motorist, Anthony Lamar Smith, following a high speed chase in 2011. He was rockin' his usual headgear ... and a black Kaep jersey.

The comedian isn't one to shy away from these sorts of demonstrations ... he's been seen at many BLM events, and was even hittin' the streets last year in Cleveland. It's also no surprise he's sporting Kaep here ... the QB has become the poster child of social justice as of late.

As we reported ... Ed Sheeran and U2 had to cancel their weekend concerts in St. Louis due to safety concerns stemming from the protests.