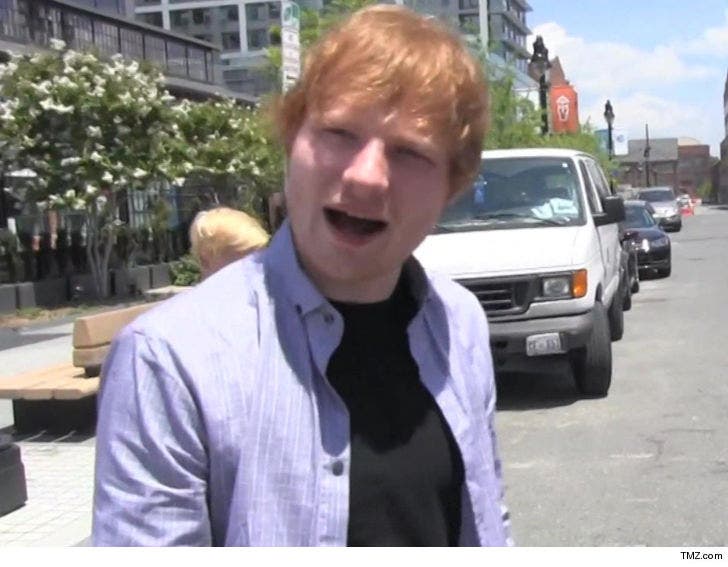 Ed Sheeran is following suit with U2 ... he just cancelled his show this weekend in St. Louis amid rising protests throughout the city.

The promotion company for Ed's tour put out a statement, saying his Sunday night concert at the Scottrade Center was nixed. They cited the same reason that U2 gave ... local law enforcement couldn't fully commit to providing a sufficient amount of police and other city services to protect concert goers.

The company went on to say they plan on having Ed return to St. Louis at a later date in 2018, as his schedule allows.

Ed's the 2nd major music act to cancel a show in St. Louis after violence has erupted from protests. The protests stem from the acquittal of a former police officer who was charged with first degree murder of a black motorist following a high speed chase in 2011. Cops and protesters have flooded the streets as a result.

As with U2 ... Ed's fans will receive a refund for their tickets.