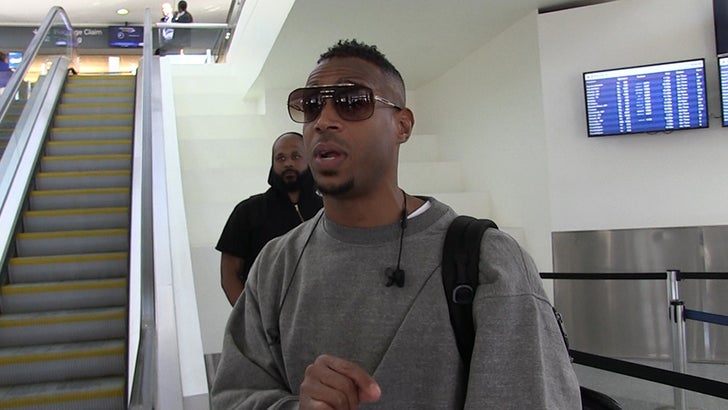 Marlon Wayans agrees with LeBron James -- going to the White House is no longer an honor now that Donald Trump's in office ... and his dis-invitation to the Golden State Warriors was BS.

The "Marlon" star blasted the Prez at LAX Saturday, referring to him as the "a**hole kid" in the sandbox who tells everyone they can't come to his party ... even though nobody wanted to go in the first place.

Funny stuff, but Wayans is more hilarious when our guy asks him about Suge Knight suggesting Tupac might still be alive.

As we reported ... Trump went on the attack against Steph Curry Saturday morning and withdrew an invite to the W.H. for his team, not long after bashing "son of a bitch" NFL players for kneeling during the National Anthem.

LeBron was having none of it.

"It’s not about dividing. We as American people need to come together even stronger.” — @KingJames responds to @realDonaldTrump’s comments. pic.twitter.com/UHpzXpb42K