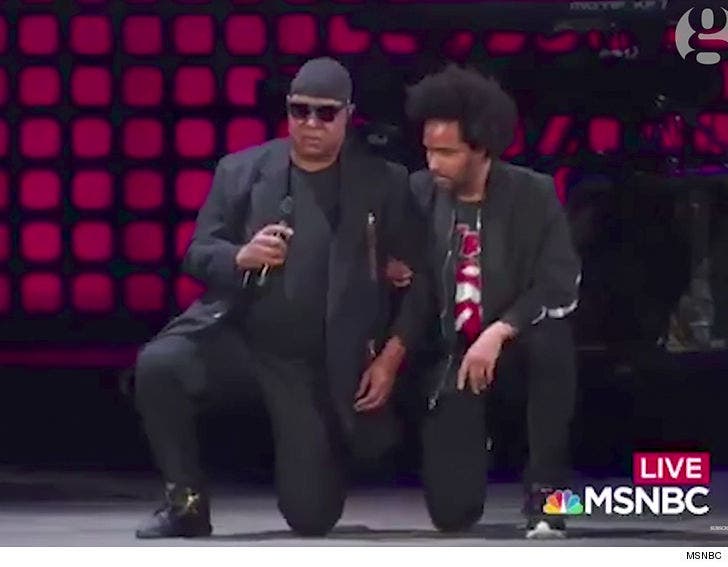 Stevie Wonder joined the solidarity movement which now targets Donald Trump ... by taking a knee at a NYC festival.

Stevie performed at the 2017 Global Citizen Festival in Central Park Saturday night. Stevie was onstage with his son Kwame Morris when he made his move ... unsteadily but purposefully.

Stevie doubled down and took 2 knees, clearly in response to Trump's tirade Friday night when he called for NFL owners to fire those "son's of bitches" who dare to take a knee during the National Anthem.

Trump has clearly fueled the fires of protest.

2:42 PM PT -- Wonder isn't the only musician taking a knee ... John Legend just posted a pic from his Darkness and Light tour ... showing support during a performance of his song "Glory." 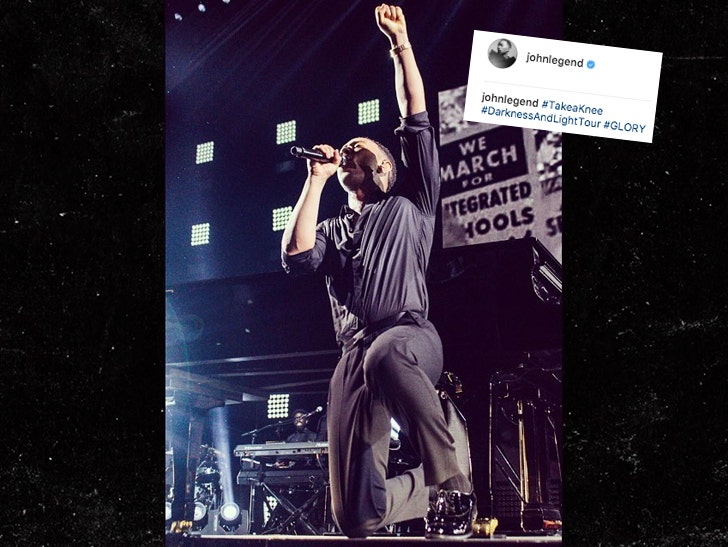