Eminem just went nuclear on Donald Trump ... dropping a freestyle at The BET Hip-Hop Awards that ripped The Prez apart.

The nearly 5 minute-long segment touched on everything from Trump's criticism of NFL players taking a knee to his proposed border wall.

Among some of Em's highlight lyrics ...

-"Racism's the only thing he's fantastic for."

-"I'm throwing that piece of s*** against the wall til it sticks."

Eminem ended his freestyle with, "We love our country and we love our military, but we f***** HATE TRUMP."

Snoop Dogg, speaking for roughly half the country, approves.

Snoop Dogg Shouts out Eminem for "The Storm" Freestyle pic.twitter.com/72wbzsnuzF 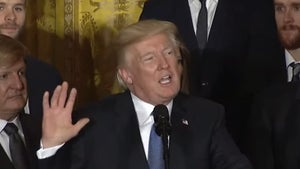 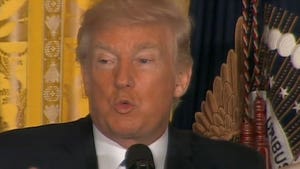