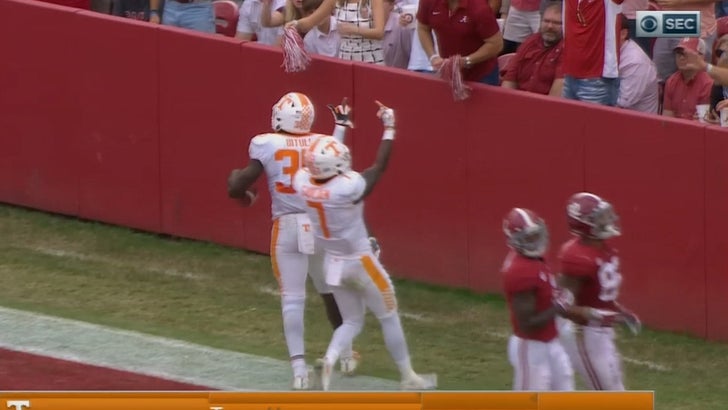 How do you celebrate a touchdown in your opponent's stadium that says, "Yeah, we're still getting blown out, but I don't give a F**K"??? Like this!!!

Tennessee defensive back Rashaan Gaulden just gave Alabama fans the finger -- twice at the same time -- after his teammate picked off a pass and ran it back 97 yards for a TD ... and it was all seen clear as day on national television.

There was no penalty on the play, but the worst part for Gaulden and the Volunteers -- Bama was up 28-0 before the TD ... and just drove down the field for another score.

It was also Tennessee's first touchdown scored in 3 games. So yeah ... pretty sure Bama fans can give those birds right back. 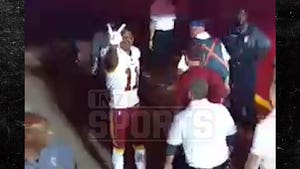 Terrelle Pryor: Fans Called Me N-Word, So I Cussed Back