Washington Redskins WR Terrelle Pryor says he flipped off and cussed out hecklers at Arrowhead Stadium on Monday after being called the n-word.

TMZ Sports broke the story ... Pryor was definitely being cussed at as he walked into the tunnel following the 'MNF' game against the Chiefs. He shot back with a middle finger and an F-bomb.

Now, Pryor says he reacted after things had gotten racial.

"Being called a n***er several times to the point where an NFL employee had to step to me and stand by me the whole game from 2nd quarter on is the exact reason why guys are kneeling during anthem," he wrote in a statement.

"As I walked in tunnel hearing some one call me a n***er and say F you to me ... flicking the person off is more deserving."

"I do apologize to my teammates and the organization. But at some point you keep calling us the N word .. we going to start acting up. #straightlikethat"

For the record, TMZ Sports has 2 videos of the incident and we didn't hear a fan say the n-word. Pryor WAS cussed at and insulted about Ohio State. 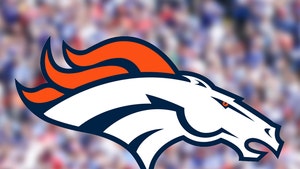 Denver Broncos Players: No More Kneeling For Us