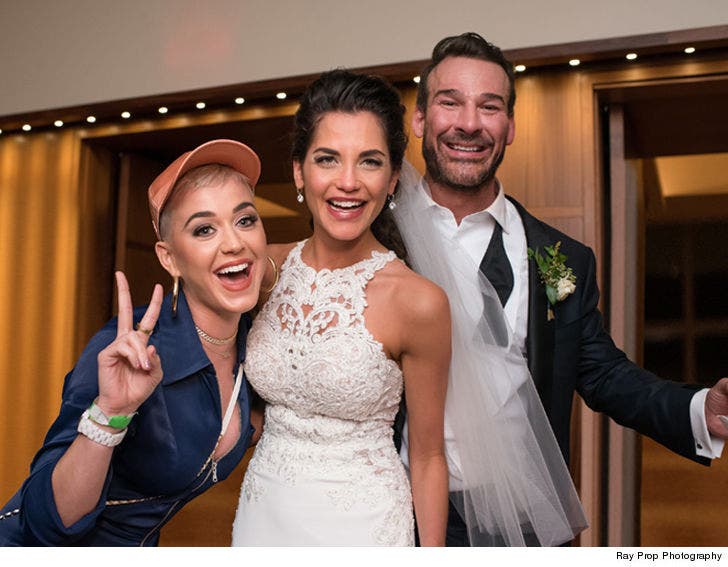 Katy Perry got her 15 minutes of fame this weekend ... in the wedding crashing world, that is.

Katy stumbled upon a wedding reception Saturday at a Four Seasons Hotel she was staying at in St. Louis -- where she was performing the next day. We're told she asked the bride and groom, Blonie Dudney and Hayley Rosenblum, if they were cool with her crashing for a while.

Perhaps to no one's surprise ... they were. 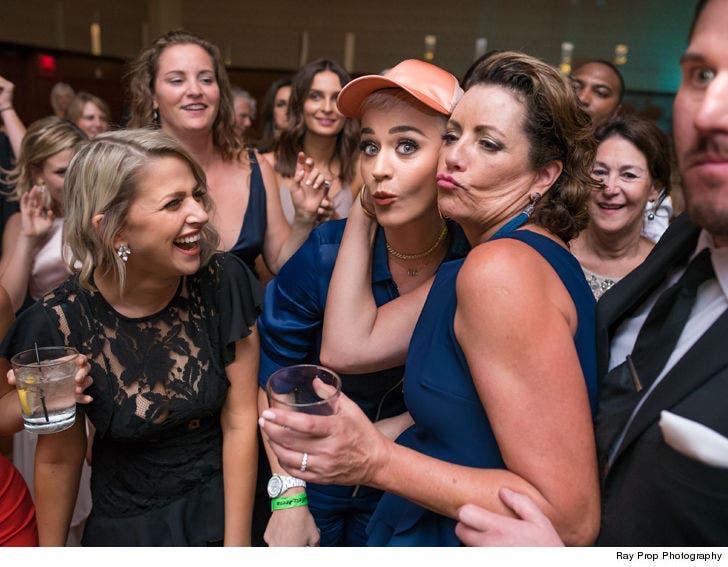 Eyewitnesses tell us Katy and about 30-40 members of her touring crew joined the wedding guests for some dancing and mingling. Katy mostly hung out with the newlyweds, and was even ramping up to perform for everyone ... but pulled the plug when things got a bit rowdy. Although she did stay to take some epic photos.

Sources say Katy stayed for roughly 15 minutes and danced a majority of the time. Some of her entourage hung out a bit longer after she left.

That's one for the books ... and the wedding album. 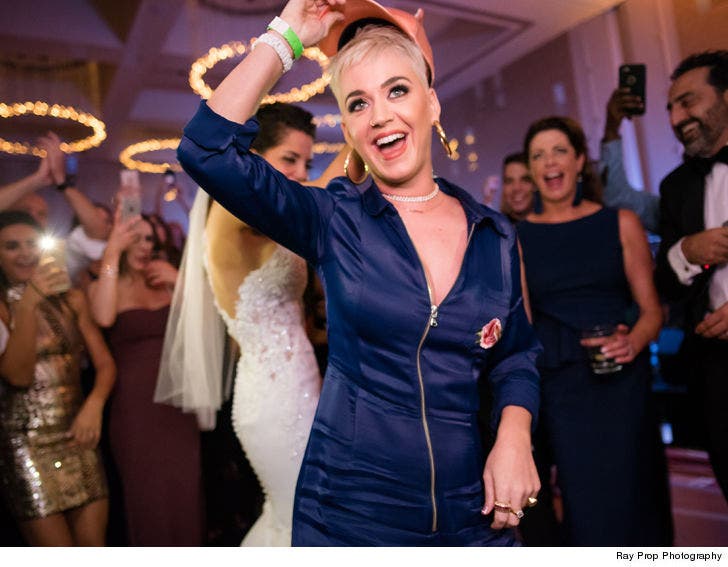 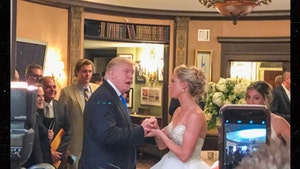