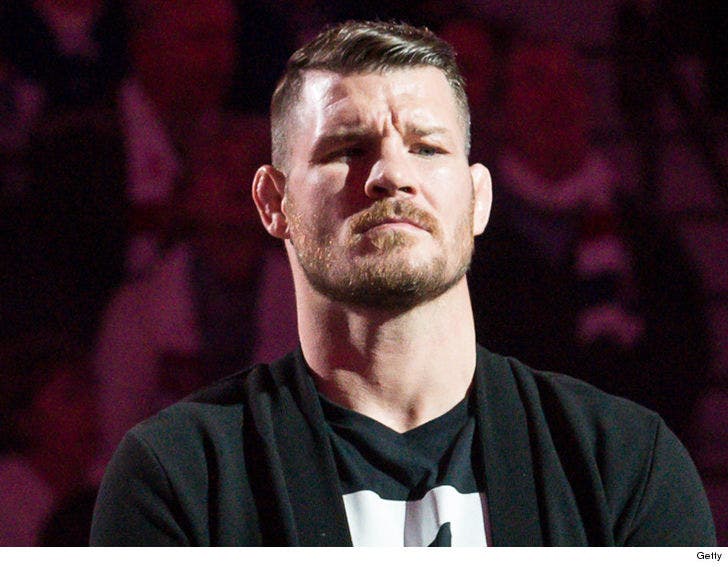 UFC champ Michael Bisping is being sued for allegedly choking a man at a 24 Hour Fitness gym in Anaheim back in July ... TMZ Sports has learned.

According to the suit, Bisping went crazy on Antonio Georgakopoulos for "taking his weights" without asking during a workout.

Antonio claims Bisping called him all sorts of names including a "little punk" and an "idiot."

After the verbal tirade, Antonio claims Bisping grabbed him by the throat and began to squeeze -- cutting off oxygen. Antonio claims he was about to lose consciousness when another weight lifter intervened and broke it up.

At that point, Bisping allegedly screamed out, "Let's take this outside."

Antonio claims the Anaheim PD was called to the gym and Bisping was arrested for assault and battery.

But we spoke with the APD -- and we were told Bisping was NOT arrested.

We're told cops took a report and kicked the case over to the City Attorney's Office -- which ultimately determined there was NOT enough evidence to proceed with criminal charges against the UFC star.

Still, Antonio says he's had to see doctors for his injuries and now suffers from nightmares and anxiety as a result of the alleged attack.

We've made multiple attempts to reach Bisping's camp. So far, no word back.