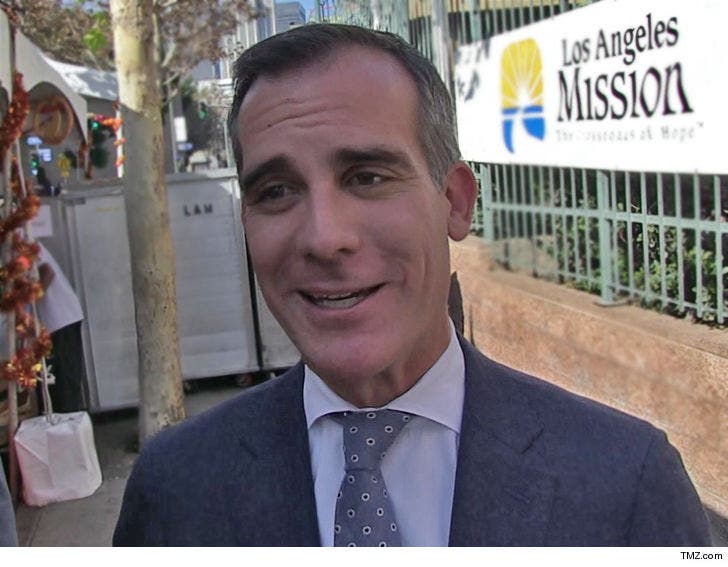 Eric Garcetti, the enormously popular Mayor of Los Angeles, is "seriously considering" throwing his hat in the ring for the 2020 Presidential race ... multiple sources connected to Garcetti tell TMZ.

Garcetti just announced he's not going to run for Governor of California, and our sources say that clears the deck for an even bigger race.

One Garcetti confidante told us to look at the Mayor's travel schedule, and it is interesting. Over the past 12 months he spent 112 days outside California and since May he's been out of state for 51 days.

Garcetti is a die-hard democrat who has increasingly gained stature in the party. Our sources say a Presidential run is a "frequent discussion" among his staff.

Garcetti has made a difference in L.A. like few mayors have with various initiatives ... the crown jewel was snagging the Olympics for 2028.

For his part, Garcetti tweeted over the weekend, "I am passionate about my city and my family; both are here in Los Angeles." At the same time, Garcetti has said when it comes to politics, "All the rules are off" ... the takeaway there is you don't have to be a U.S. Senator or Governor in order to run for President.