Kanye West surprised the crowd at Kid Cudi's concert Saturday night with his first appearance on stage in a year. 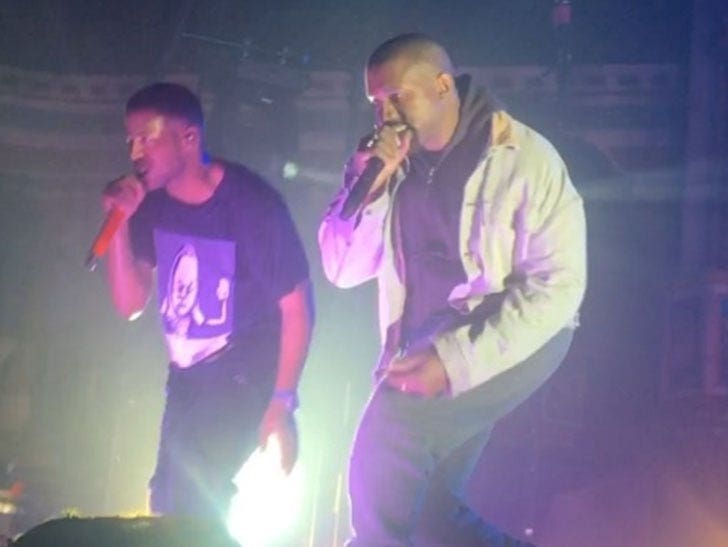 Kanye hasn't been on stage since cancelling his Saint Pablo Tour last November. You'll recall he had a mental breakdown and ended up at the UCLA psychiatric ward, but he has bounced back in a big way.

TMZ broke the story ... Kanye's been working on a new album..