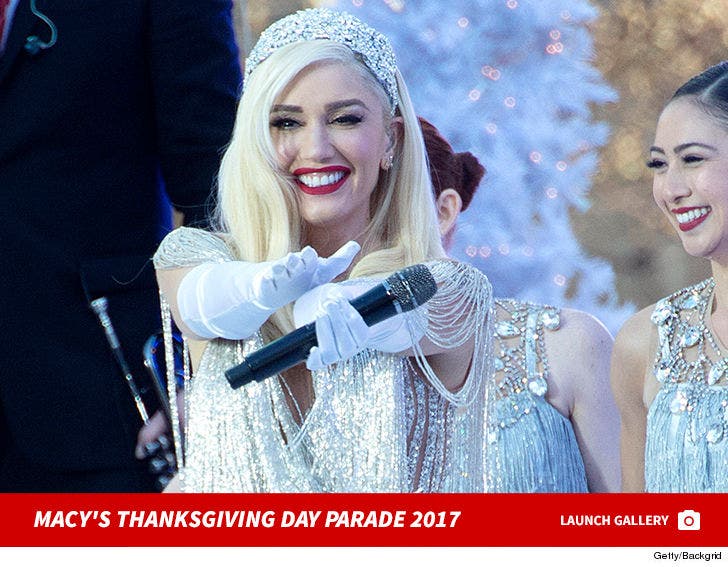 The 91st annual Thanksgiving Day Parade went off without a hitch Thursday morning thanks to a near perfect, yet chilly, November day in the Big Apple ... and plenty men in blue lining the Midtown streets.

Jimmy Fallon, Gwen Stefani, Common, Patti LaBelle, Questlove were some of the celebs who got to ride the floats down 6th Avenue.

Smokey Robinson's was the coolest ... he rode on a mini Mount Rushmore-themed float. Ice Age's Scrat, Pikachu, a Power Ranger, SpongeBob and Charlie Brown were some of the parade's best balloons that lined the route before Santa Claus shut it down as usual.

Hard to ignore the heavy police presence. NYPD officers lined the parade route after the city experienced its deadliest terror attack since 9/11 this past Halloween. Gotta be thankful for New York's Finest.