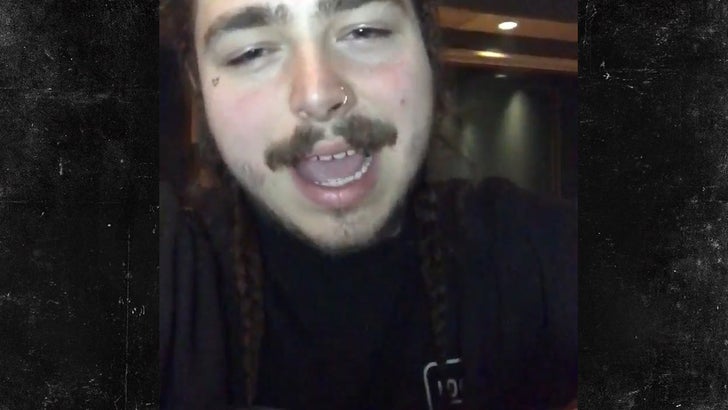 Post Malone says he'd been drinking a ton of beer when he said people shouldn't listen to hip-hop if they want to feel something.

Post has taken a ration of crap for the comment he made during an interview in Poland. He's now walking it back, saying his personal preference when he wants to feel something or cry is not hi- hop ... it's Bob Dylan.

The rapper says the criticism is misplaced because he's rooted in hip-hop.

As for whether hip-hop makes you feel emotion ... well the answer is blowin' in the wind.