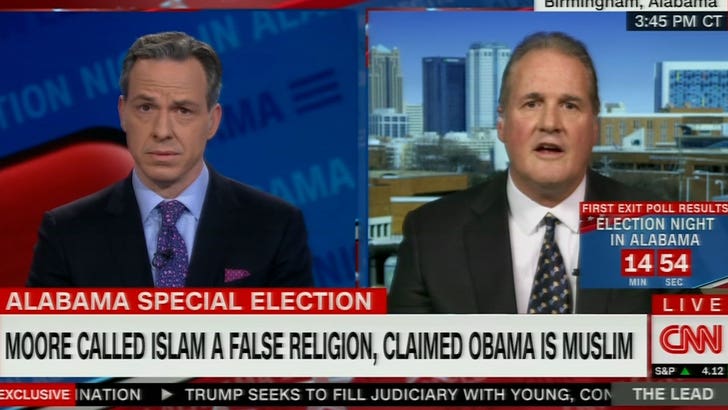 Roy Moore's spokesman was a deer in the headlights when he got into a brief, but epic, debate with CNN's Jake Tapper about Muslims swearing on Bibles.

Ted Crockett was a guest on Tapper's show Tuesday when Tapper asked him why Moore doesn't believe Muslims can serve in Congress. Crockett fired off a shaky explanation related to Muslims and the Bible -- but, when Jake dropped some legal knowledge on him ... there was super awkward silence. Like, biblical.

Things got even more uncomfy when it came to the topic of homosexuality.

Less than 2 hours to cast your vote, Alabama! 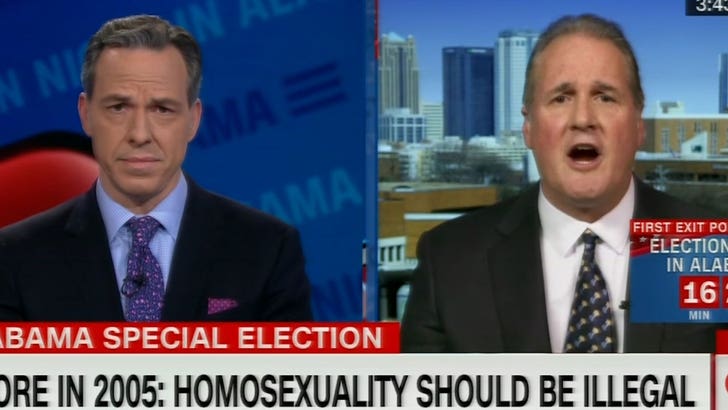