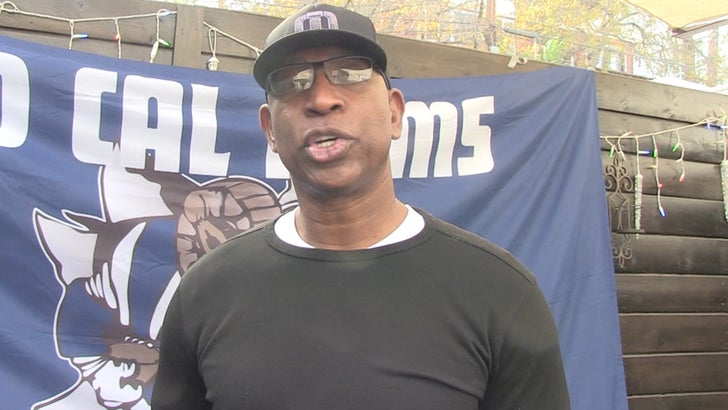 Eric Dickerson says if Jeff Fisher thinks he left the Rams in good shape when he was fired he's DEAD WRONG ... telling TMZ Sports the team was in shambles when Fisher exited Hollywood.

Fisher has recently done a little self-back-patting over the Rams' current success, saying in a recent interview he feels at least partly responsible for the team's unbelievable turnaround.

ED thinks this is total BS -- and told us as much during the So. Cal Rams Booster Club event at Rocco's Tavern in Studio City ... essentially explaining why Fisher needs a reality check.

Full disclosure here, Dickerson and Fisher weren't exactly buddies. As a matter of fact, Eric accused Fisher of banning him from the sidelines last year.

Doesn't seem like he's having that kinda beef with the current regime.