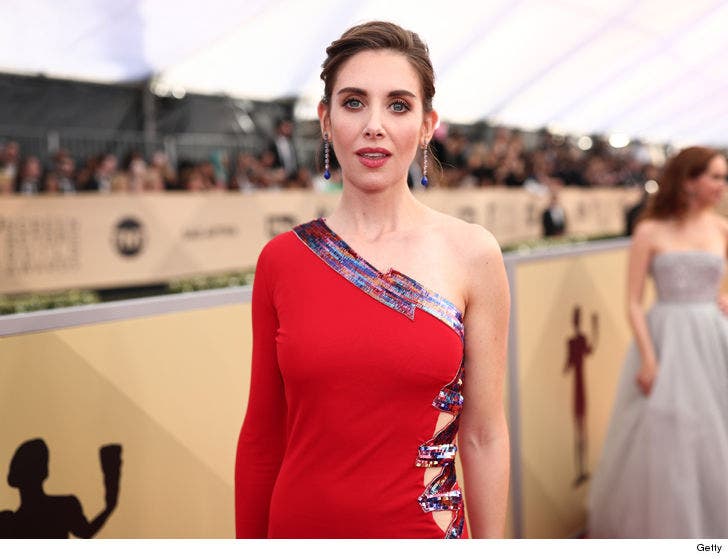 James Franco has his sister-in-law squarely in his corner at the SAG Awards ... 'cause she just defended him amid allegations of sexual misconduct.

At the 2018 #SAGAwards, Alison Brie addressed the allegations of sexual misconduct made against her brother-in-law, James Franco: "It remains vital that anyone that feels victimized should and does have the right to speak out and come forward." pic.twitter.com/dG5uJJVko7

Alison Brie -- who's married to James' younger brother, Dave Franco -- was talking to Giuliana Rancic Sunday at the Shrine Auditorium when she was asked about Time's Up and the accusations against her brother-in-law.

She had a diplomatic response at first, saying the Francos supported anyone who felt victimized coming forward and speaking -- but then made it clear ... she supports her family, adding that not all of the info being reported about James was accurate.

As we reported ... Franco stands accused of sexual misconduct by at least 5 women. He's denied the allegations against him, and has since avoided most public events.