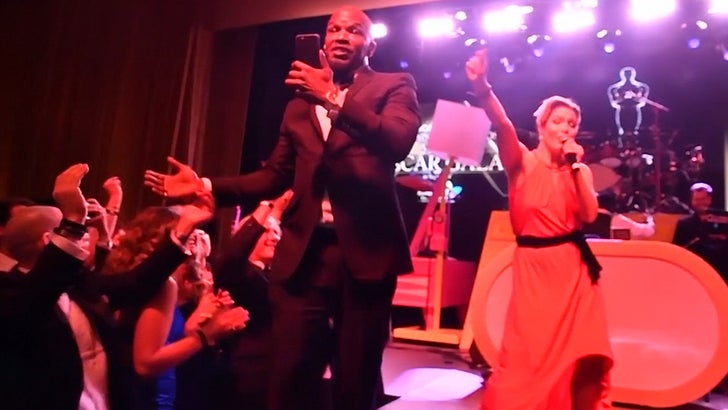 If Best Dancer was an award given out at the Oscar after-parties, Jamie Foxx would've won it Sunday night with his moves at the Byron Allen's Oscar Gala, although he had some fierce competition.

Foxx took over the stage at the Beverly Wilshire Hotel. Both he and Katy Perry were performers, but Foxx took things to another level with the help of another guest.

Unclear who the women next to him is with the microphone, but she was clearly feeling the Emotions throwback "Best of My Love" too. 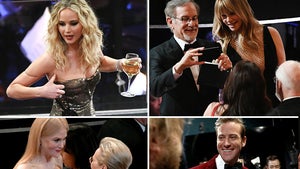 90th Oscars Was Jennifer Lawrence's Wine Night Behind the Scenes

Katy Perry Jamie Foxx Party All The Time The Oscars