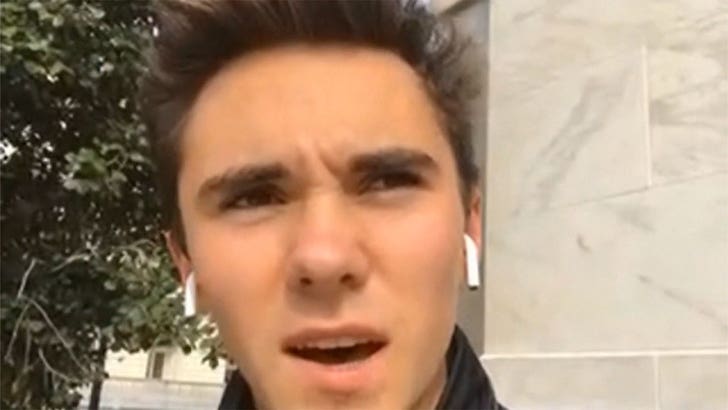 David Hogg helped spearhead a movement in the wake of the Parkland massacre that has resonated around the world, and you'd think colleges around the country would be clamoring to snag him, but sadly that's not the case.

David has been rejected by the 4 University of California campuses where he submitted applications -- UCLA, UCSD, UCSB and UC Irvine. He says the rejection letters came 2 weeks ago. He has a 4.2 GPA and an SAT score of 1270.

Schools claim extracurricular activities count, but if organizing the March For Our Lives wasn't enough ... it's not clear what is. David is clearly disappointed.

David got accepted at Cal Poly, Cal State San Marcos and Florida Atlantic University, but he's not sure what he'll do after graduating.

And David says fellow leader Ryan Deitsch also got rejected from the University of California system. He says Emma Gonzalez will be going to the liberal arts school, New College of Florida.

We're thinking some of these admission committees are dropping the ball.