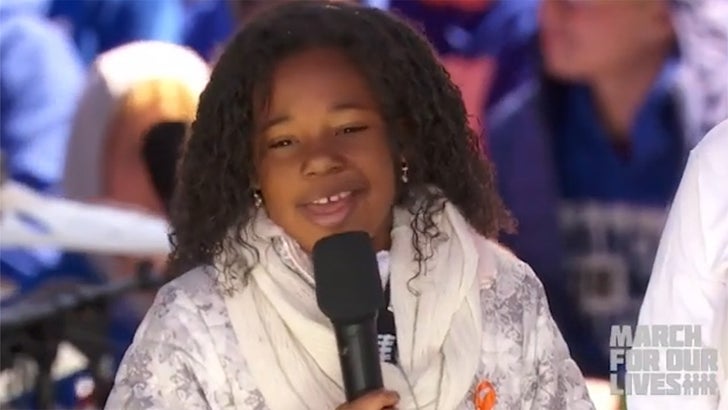 Yolanda Renee King -- granddaughter of Martin Luther King Jr. and Coretta Scott King -- took the stage at March for Our Lives ... and gave a rousing speech her granddad would be proud of.

The 9-year-old walked out with Parkland student Jaclyn Corin, and gave her own version of MLK's famous "I Have a Dream" speech ... saying her dream is that when it comes to guns in our country -- "Enough is enough!"

Yolanda then led the thousands in attendance in a stirring chant in unison, not once, not twice -- but 3 times ... and the crowd ate it up.

As we reported ... Parkland students are leading Saturday's rally in D.C. to demand gun control in the wake of the massacre at Marjory Stoneman Douglas High last month.