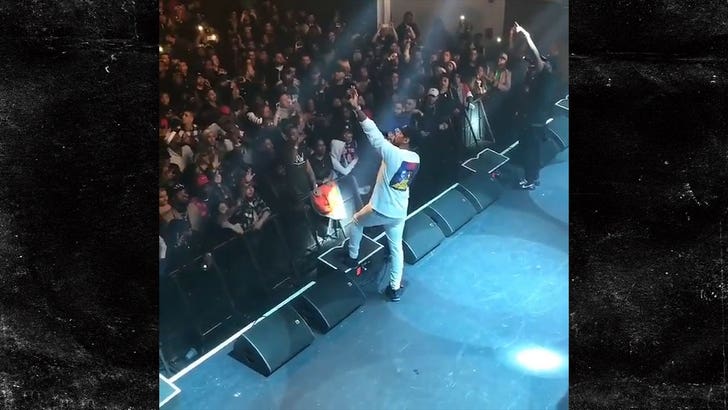 Fabolous got a big show of support Saturday night, hours after TMZ posted a shocking video showing the rapper raging and threatening his girlfriend and her father.

Fabolous joined Lil' Kim on stage during her set at Terminal 5 in NYC. There was solidarity in the crowd as they cheered him on.

The video we posted -- shot last Wednesday -- shows Fabolous flying into a rage at his baby mama Emily B and her dad. You see him brandish what appears to be a sharp object as he threatens to shoot them. He tells Emily B's dad he has a bullet with his name on it.

Police were called and a warrant was issued for the rapper's arrest. He surrendered to cops and could face charges of aggravated assault and making a terroristic threat.