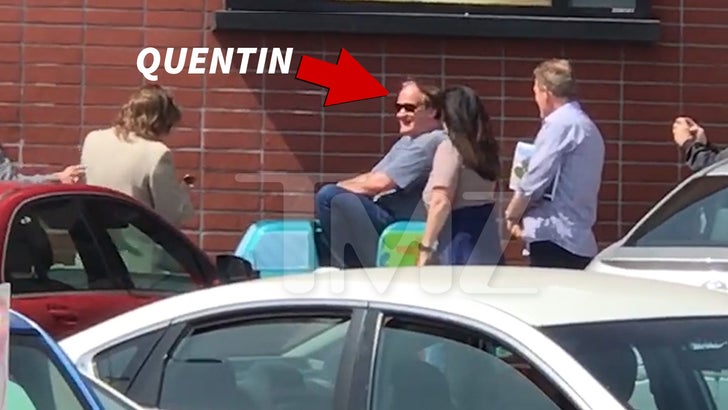 Quentin Tarantino's no stranger to pushing the envelope ... and that applies to the age limits on rides meant for children.

The famous director was seen at a Super A Foods market in L.A. Friday afternoon, and couldn't resist a ride on the coin-operated kiddie ride in front ... which happened to be a mini-version of Scooby-Doo's Mystery Machine.

We're told it looked like Tarantino was at the grocery store with other Hollywood types scouting for a movie. He hasn't made a film since 2015's "The Hateful Eight" ... but he's been linked to an upcoming 'Star Trek' and a third installment of the 'Kill Bill' franchise.

It's unclear if Quentin's kiddie ride experience was part of the scouting or not.

Quentin Tarantino's Down to Direct 'Star Trek' But Better Hurry!!!