Blac Chyna's value has plummeted at clubs across America, and the reason is simple -- her wagon has been unhitched from the Kardashians.

BC's turning 30 next week, and we're told she's spread the word to promoters she's available for club bookings. We did a little digging and turns out Chyna's earning power has fizzled since breaking up with Rob Kardashian (unless waging courtroom war counts).

The numbers are staggering -- BC went from booking gigs that paid her up to $30k not too long ago in her heyday with Rob & Co. ... to now struggling to snag more than $7k per gig.

That's what several top club promoters in Cali told us, and it gets worse. One promoter said he wouldn't pay her a penny more than $5k because Chyna without Rob is like Sonny without Cher.

A top Miami promoter said the max he'd shell out is $2k because she's not relevant anymore.

BC's new boo isn't helping financial matters ... this according to one promoter who said her relationship with 18-year-old rapper YBN Almighty Jay, who can't even get into a 21-and-over club, is just whack. 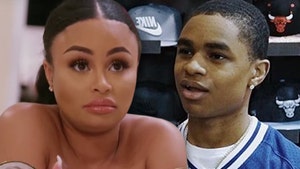 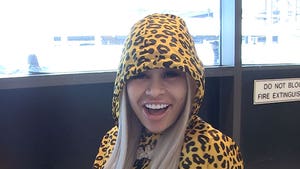