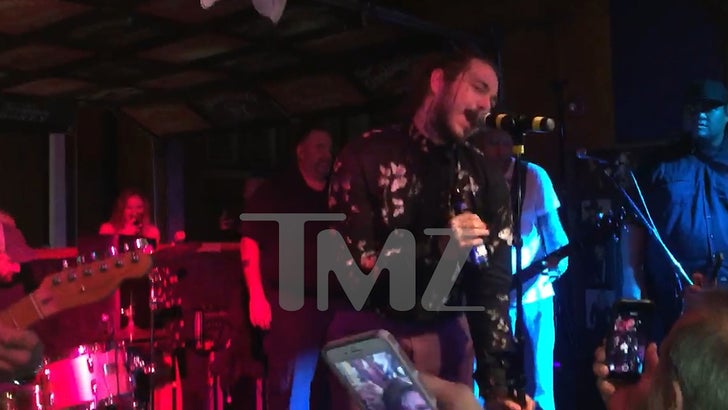 Post Malone ﻿was feeling the honky-tonk vibes in Nashville ... so much so he hopped onstage and busted out some old-school Elvis for the crowd!

The rapper hit up Tootsie's Orchid Lounge Monday night with a few friends and security guards, and joined the band for a short surprise set ... according to patrons at the bar. We're told Posty did a few covers, but most notably rocked Presley's 1954 hit, "That's All Right."

Check out the vid -- seems like someone in the crowd got a little too fired up from Malone's gig and almost got kicked out of the place.