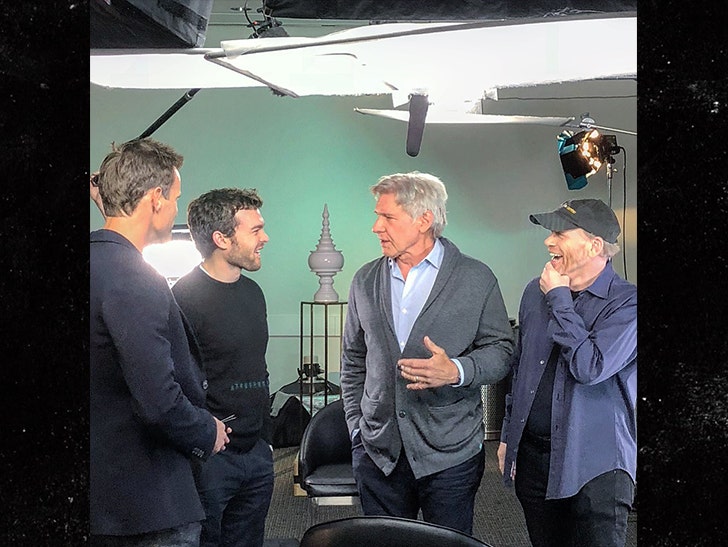 Harrison Ford made up for no-showing at the Hollywood premiere of "Solo: A Star Wars Story" by getting a little quality time with the film's star ... who's playing the role he made famous.

As we reported ... Ford said he's seen the movie and thinks it's "phenomenal," but skipped out on the premiere with the rest of the cast Thursday because he didn't want to steal Alden Ehrenreich's thunder. 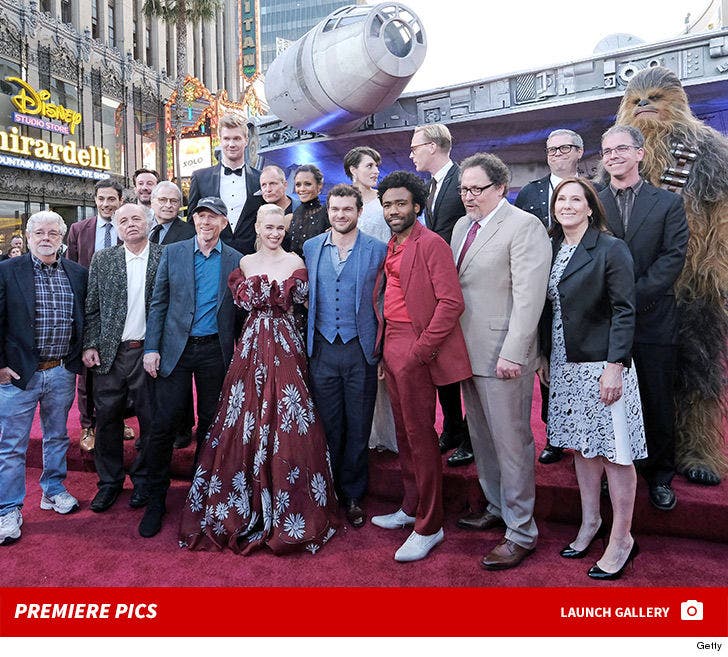 Alden's playing young Han Solo in the upcoming 'Star Wars' saga -- which opens May 25 -- and from the looks of it ... is in awe of his predecessor.

Harrison still knows his place, though -- this pic came after Ford and Ron Howard crashed an 'ET' interview with Alden, and Ford told him ... "Get outta my chair." 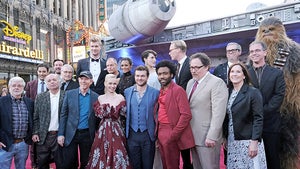 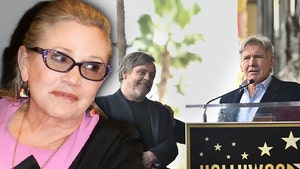