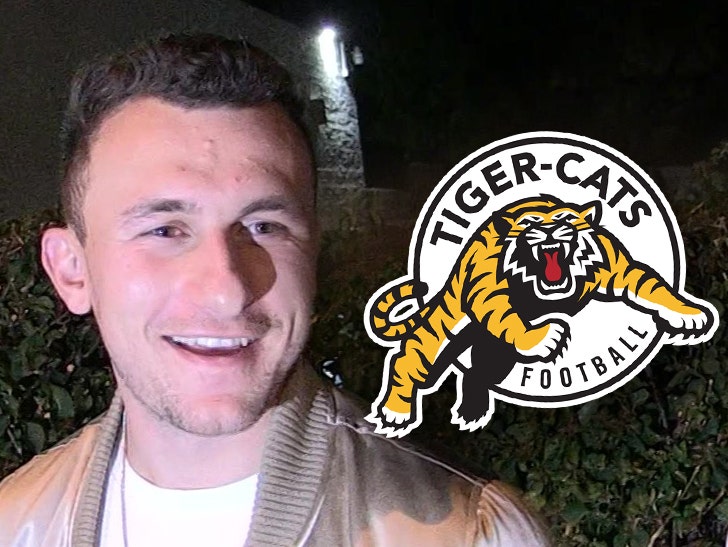 Johnny Manziel has found a new football job with the Canadian Football League.

The Heisman Trophy winner announced his decision to sign with the Hamilton Tiger-Cats on Saturday ... saying "I believe this is the best opportunity for me moving forward and I'm eager for what the future holds."

Manziel has been out of professional football for 2 years after he was released by the Cleveland Browns back in March 2016 ... and has spent the last year working on his football comeback.

Johnny will be playing with the Ticats on a 2-season contract before exploring his opportunities with the NFL again.

BTW -- just hours before the announcement, Johnny was out celebrating the move at Mastro's Steakhouse in Beverly Hills ... one of the top hot spots in Los Angeles.

Along with the football gig, Johnny revealed a partnership to continue his "Comeback SZN" podcast with Barstool Sports.

Breaking: @JManziel2 Signs with Barstool and the CFL. SUBSCRIBE to Comeback Szn to get the details and follow his journey https://t.co/8vHWNK2ZGE pic.twitter.com/chPOWZDXkp