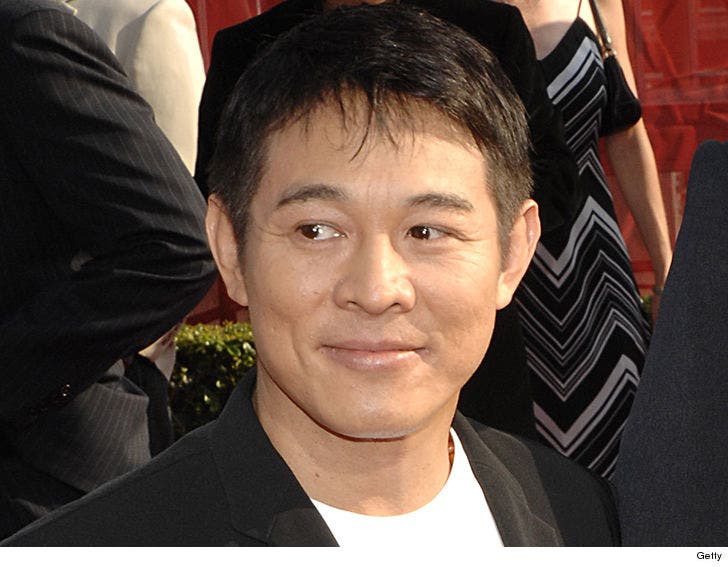 This is what Jet Li looked like just 12 years ago, at the peak of his action movie career ... but now he looks much older than his 55 years ... as he deals with medical issues.

So, apparently, Jet Li is suffering from "hyperthyroidism and spinal problems" and this is him now ❤️😓: pic.twitter.com/Ss0W2EL96D

The pic was posted by a fan who posed with the action star during a recent visit to Tibet. It shows Jet looking frail and nearly bald. He revealed back in 2013 he suffers from hyperthyroidism and a heart condition.

At the time, he said he could continue making action films or spend the rest of his life in a wheelchair. But, more to the point ... Jet has also suffered serious leg and spine injuries over the course of his career, admitting he can't stand for a long period of time without hunching.

Just 4 years ago Li was starring alongside some of the biggest action stars in the world in "The Expendables 3" ... looking nowhere near what he looks like now.