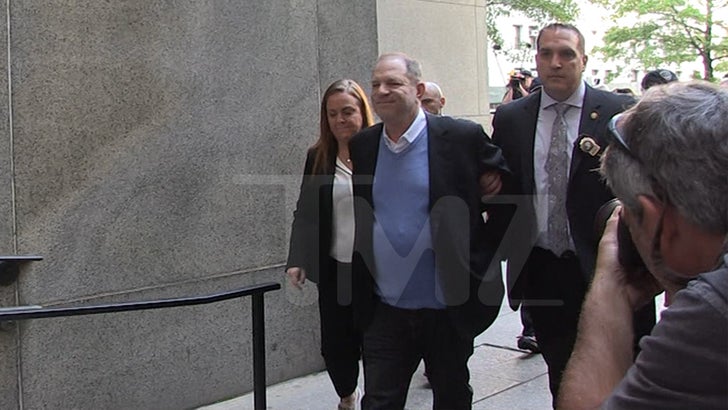 Harvey Weinstein just turned himself into the NYPD and walked out in cuffs on the way to court ... where he has been charged with rape, a criminal sex act, sex abuse and sexual misconduct for incidents involving 2 separate women.

Weinstein arrived to the NYPD's 1st Precinct Friday morning flanked by marshals and was then taken to court in handcuffs where he was scheduled to be arraigned.

According to the complaint, Weinstein was charged with "engaging in sexual intercourse with another person by forcible compulsion." That is the basis of the rape charge involving an unidentified woman. The allegation ... on March 18, 2013, "defendant kept informant physically against her will in a room and engaged in sexual intercourse with informant by forcible compulsion, to wit, defendant penetrated informant's vagina with his penis and, at the time of the incident informant had clearly expressed her lack of consent to the act."

The incident involving the other woman -- Lucia Evans -- involved a 2004 incident where "defendant forced informant to engage in oral sexual conduct, to wit, defendant grabbed the back of informant's head forcing her head downward and forcing her mouth onto his penis." 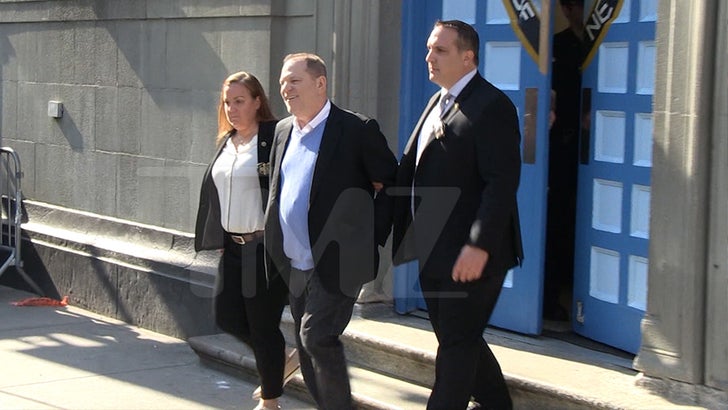 Weinstein's bail was set at $10 million ... he was released after posting $1 million cash and was fitted with a monitoring device which will track his movements. If he wants to travel beyond New York or Connecticut, he has to get approval from the judge. He also surrendered his passport.

Although Weinstein didn't enter a plea today, his lawyer, Ben Brafman, says, "Mr. Weinstein has always maintained that he has never engaged in non-consensual sexual behavior with anyone. Nothing about today's proceedings changes Mr. Weinstein's position. Mr. Weinstein maintains that he is Not Guilty of the charges filed today and is confident that he will be fully exonerated."

Brafman said Weinstein may be guilty of bad behavior but not criminal conduct, adding his client did not invent the casting couch ... it's been around for a long time.

The judge also issued a temporary order of protection ... prohibiting Weinstein from contacting one of the alleged victims. It's unclear why the order was not prohibiting contact with both accusers.

The NYPD released a statement, saying, "The NYPD thanks these brave survivors for their courage to come forward and seek justice."

Evans is just one of dozens of women who have come forward with allegations against the disgraced movie mogul.

The U.S. Attorney in NYC is also investigating Weinstein but so far they have not filed charges. 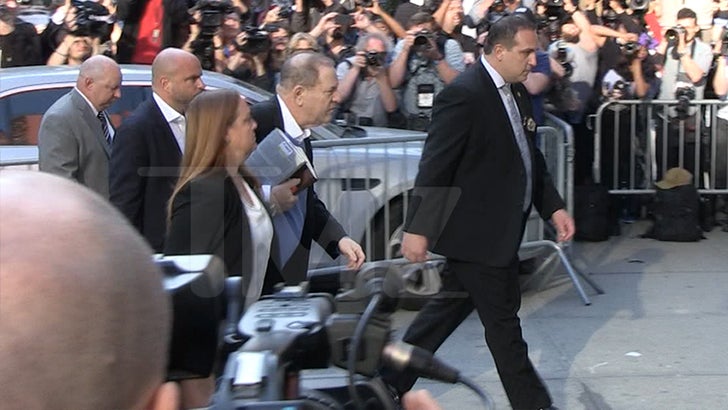