Willie Nelson bailed on his show Saturday night in Charlotte, North Carolina ... apparently due to illness.

The 85-year-old country legend was set to perform at the Outlaw Music Festival and even readied his guitar with his red, white and blue strap ... but quickly unstrapped himself, hurled his hat into the crowd and walked off stage.

He seemed pissed, but Live Nation Carolina said Willie was under the weather and just couldn't put on a performance. Live Nation asked fans to hold on to their tickets for a new concert date. It's unclear if they've offered refunds.

Some of the concertgoers said he had walked off stage earlier in the evening but walked right back off. They say they waited an hour the second time around before someone said the concert was off.

A rep for Willie tells TMZ Willie had a stomach bug but he's now well enough that he'll perform Sunday night in Washington D.C. He also promises to do a make good for his North Carolina fans. 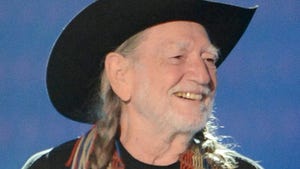 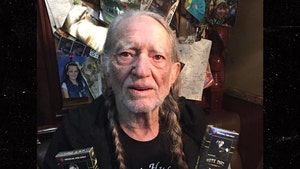