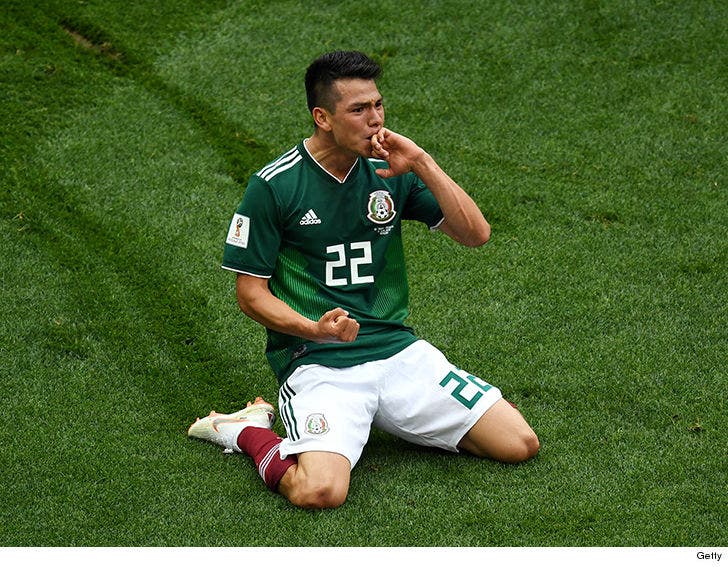 Now THIS is a seismic event.

Mexico scored a monumental upset Sunday by beating defending World Cup champion Germany ... courtesy of a brilliant counter attack that culminated with Hirving Lozano's goal. The pro-Mexican crowd in Moscow erupted in celebration but NOTHING like what went down in Mexico City.

Chicharito starts the counterattack and Chucky Lozano finishes it to give Mexico the 1-0 lead! pic.twitter.com/5L2m0SiaEb

The Mexican government reported that a small artificial earthquake was detected "possibly due to massive jumping" when El Tri scored the lone goal 35 minutes into the match. The government also acknowledged the "maximum acceleration" came exactly at the time the goal was scored.

Here's how fans watching the game at Zocalo Square in the heart of Mexico City reacted after "Chucky" scored the game-winning goal. Pure pandemonium!!

👀that reaction from the Zocalo in Mexico City to Chucky Lozano's goal. pic.twitter.com/PcyHyfit9w

No word yet on whether Mexico's team is aware it's responsible for shaking the Earth.