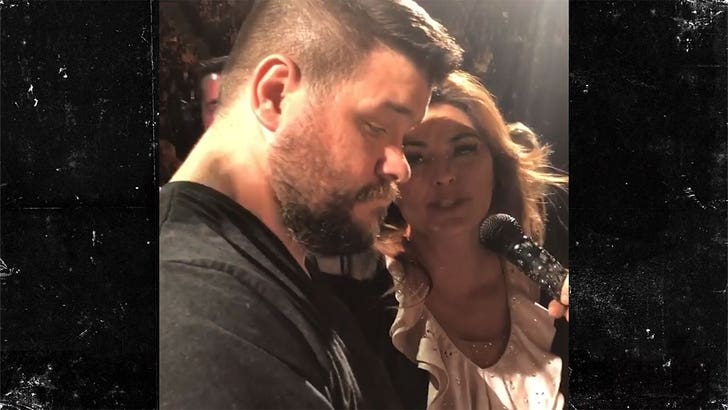 Well, that's exactly what happened on Tuesday night in Canada when Twain pulled Kevin Owens out of the stands and brought him onstage.

Owens is a huge Twain fan -- "When" is his favorite song -- and he brought a sign to the show hoping to get Shania's attention.

The plan worked -- he got onstage ... and when Shania asked if he was "pro wrestler Kevin Owens" ... he grabbed the mic and took over.

"I hate to correct you, but it's actually HUGE WWE SUPERSTAR KEVIN OWENS!"

The crowd loved it!

NOTE: If you're a huge singer, don't hand your microphone to a WWE star or you might just become 2nd fiddle at your own show.