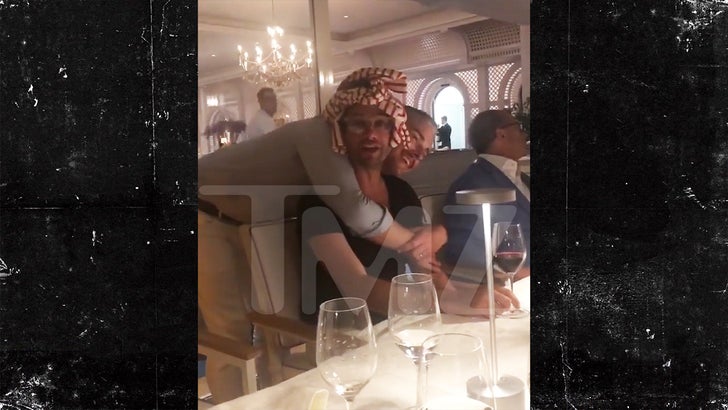 "Million Dollar Listing L.A." star Josh Flagg made a terrible joke at a hotel in the South of France, but he says there were Muslims, Jews, Christians and others at the table ... all playing what he says was an innocent game of charades.

Josh says he was pretending to be Grace Kelly with sunglasses and a scarf that looked like a turban, when he cracked, "I'm about to blow up an airline."

Flagg tells TMZ, "I am sorry for how offensive this comment was and I regret saying it. In today's environment, which is so politically correct, people will make a big thing about anything you do. As ridiculous as it sounds, I was at dinner with a group of friends and we were playing charades. This moment is when I was asked to act something out for the game and that's what I did."

He goes on ... "Of course it looks horrible. But in today's environment, everything gets taken out of context. I was sitting at a table with several Jews and Muslims and all of us were making fun of each other. It's unfortunate that one of the other people at the table was stupid enough to post it without context."

"If they filmed 5 minutes earlier they would have seen others acting out in the game, such as my friend being a Jewish grandma cooking matzo ball soup. Here's the problem with today -- you can innocently do something among friends who are Christian, Jewish and Arab and have a good time. But when something goes up online it appears you are a horrible person."

"One of my best friends is Muslim, who was at the table and laughing. There is a difference between condoning actual horrible behavior and being able to sit back with friends, of all cultures, and be able to make fun of each other."

As for how the "bombing" comment came about, he says someone at the table asked who he was supposed to be during a question about old film stars, and that's when he says he "made fun of the person" with the remark. 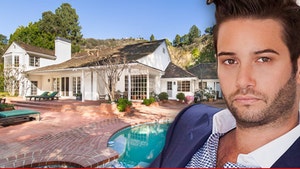 'Million Dollar Listing' Star -- I Just Made $1 Million Off MySpace 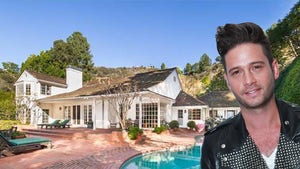